This course is designed to equip, connect, inspire and strengthen the capacity of individuals and organizations in the nonprofit sector. We will share proven, applied, researched and experienced strategies used in the field.

The 2020-2021 Nonprofit Essentials course builds on the success of past years and offers a fresh session format of pairing thought leaders with leading local changemakers from Charlotte’s nonprofit community. Author and nonprofit consultant, Kathy Izard joins Foundation for the Carolinas’ Executive Vice President and visionary, Holly Welch Stubbing to set the foundations for leadership.

The course is comprised of nine skill-developing sessions for nonprofit professionals and offered virtually from September through May. Each core topic will pair outstanding instructional content and leadership with inspirational nonprofit leaders that will share their work, challenges, skill-application, and inspiration, from many perspectives.

Join the course ready to connect and learn. Leave equipped and inspired – furthering individual and organizational opportunity to Impact for Greater Good!

Bundling Discounts available
When registering for another Certificate course, after your Nonprofit course, within the 2020-2021 academic year, you receive a 5% discount.

This classroom opportunity is open to the community and designed to strengthen those pursuing careers or significant roles in nonprofit organizations. Nonprofit board members, staff and volunteers are encouraged to attend. 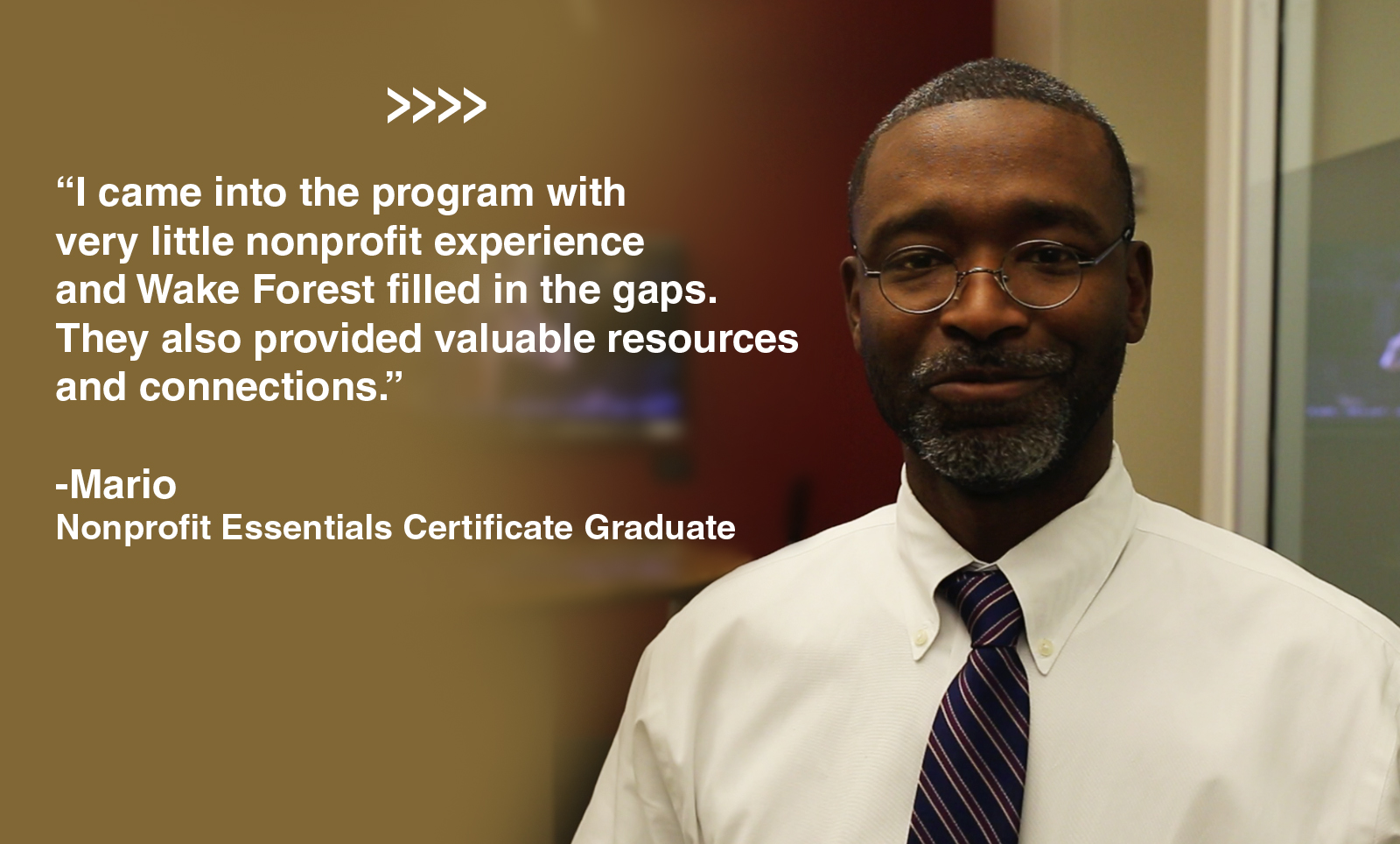 For more information or to speak with a program advisor, please contact us.

More than a week ago

More than a week ago